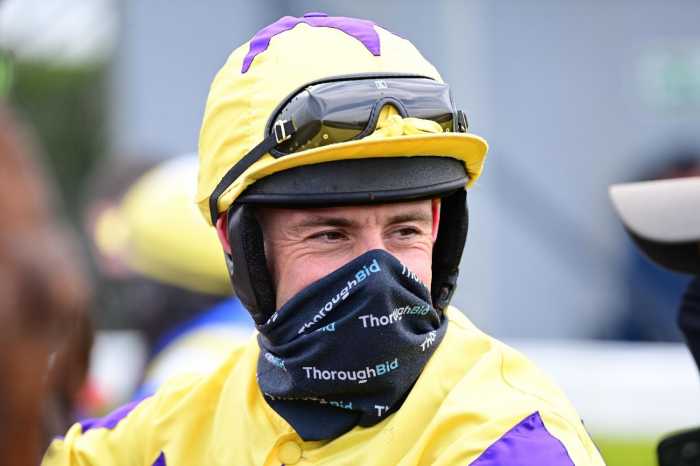 STRAIGHT TO THE POINT WITH BARRY O’NEILL: VAUCELET WILL BE AIMED AT CHELTENHAM

I was very fortunate to ride four more winners over the weekend. Over the past couple of weeks, I’ve been lucky to have sat on some nice in-form horses and things have fallen into place nicely.

It’s fantastic to be riding plenty of winners, but it doesn’t really change how I do things. I’m a big believer in keeping all the complicated things out of the way and just concentrating on the horse. I’d say nine times out of 10, the best horse on the day wins, so if you’re on that one there is no point in changing things.

My first winner came aboard Ask D’Man for David Christie. We fancied him to run really well, so it was nice to see him go ahead and do it. He’ll ply his trade in hunter chases now and should be a great horse for his connections, who have put plenty into the P2P game over the years.

I rode a double for David at Portrush on Saturday as Vaucelet was my second winner there. This is a horse that David has very high hopes for having won his two hunter chases nicely last season and although this wasn’t the strongest of contests, he got the job done in the style of an improving horse. He put in an exceptional round of jumping and I’m pretty sure he’ll be targeted towards the Foxhunters at Cheltenham where David has high hopes for him.

He’s definitely improved since last season and the team think there is heaps more to come. David told me we won’t see the best of him till the New Year, which means he’s one to keep a real close eye on.

Mighty Stowaway is another who you’d imagine will have the big spring meetings as his primary targets this season. He’s owned by Camilla Sharples – Gordon Elliott’s travelling head woman – and she does a great job with these horses. I knew this was a good horse, so I was delighted to get the call up to ride him and he really did get the job done well to win by 15 lengths. I made plenty use of him as I knew he had the fitness edge over our main rival and he showed his class. I’d imagine you’ll hear plenty of the second, Some Man, too, so it could be some pretty strong form.

My final winner of the weekend came aboard Colin Bowe’s Jomig Des Bois. He’s another nice horse and I was impressed with how tough he was on the day. I think the plan is for him to be sold, and I’m sure he’ll be a great buy as there is loads of improvement to come.

As I said, I’m very lucky to be able to sit on some really nice horses and there are plenty which I’ve ridden who have very bright futures ahead of them.

David [Christie] thinks a lot of Winged Leader and I believe the Aintree Foxhunters is the aim with him. He should be out in a couple of weeks, so he’s definitely one to watch with the spring in mind.

Colin has got a nice one by Walk In The Park called Monty’s Star. He’s a half-brother to Monalee and he ran a nice race when second at Tattersalls earlier this year. He’s one I’m really looking forward to riding again.