ThoroughBid: the UK’s first dedicated online bloodstock auction house for the racing industry, providing purchasers and vendors with regular opportunities to trade all categories of bloodstock in one place, from horses in training to mares with foals at foot. 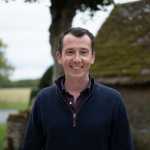 Ross qualified as a Chartered Surveyor over a decade ago and runs a successful farm and property business from the Cotswolds. Having part-owned several horses, Ross recently founded Future Bloodstock with Will and a mutual friend. They plan to sell the offspring via the ThoroughBid platform. 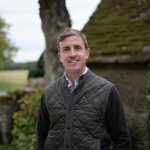 Will has worked in racing as an amateur jockey and trainer. Worked as Assistant Trainer to Cheltenham and Grand National winning trainer, Donald McCain. Will went on to take on a professional trainer’s license, training National Hunt horses from his family farm at Peel Hall. Will has always pursued his interest in the bloodstock side of the industry, producing National Hunt breeze-up horses, pinhooking foals and buying potential future broodmares to race and breed from. Will runs a successful stud and bloodstock operation, Peel Bloodstock. 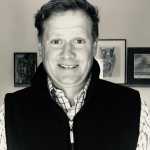 James, a graduate of the Royal Agricultural University, has been involved in bloodstock from an early age. His family were leading consignors of NH horses, holding the world record for the highest priced NH store sold at auction for over a decade. Later the family changed focus to the Flat, running a successful breeding and pinhooking operation. James has worked in both breeding and racing in England, Ireland, France and America, including as Assistant Trainer to racing luminaries Jessie Harrington, Jonathan Pease and Jonathan Shepherd. He brings a wealth of experience to the ThoroughBid team. 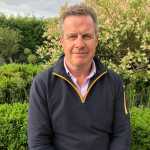 Peter has enjoyed a 35 year career in the UK, spanning banking at Guinness Mahon, Chase Manhattan and First Chicago, derivatives broking for ICAP plc, venture capital at Match Capital and more recently as Head of Fundraising for an NHS charity, the Hampshire Medical Fund, before joining ThoroughBid. 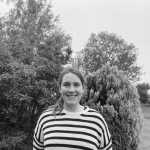 Since leaving Manchester University in 2013, Mary has worked in the racing industry as Assistant Trainer to Ben Pauling and Nicky Henderson. She grew up on a small stud where her parents bred Flat horses so has experience in both Flat and National Hunt. She also enjoys training her point to pointers before work. 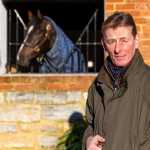 Andrew is a Bloodstock Auctioneer and Independent Equine Valuer. He has a wealth of experience within the world of bloodstock sales having spent 28 years at Brightwells as Bloodstock Manager and Auctioneer. During his time there, he was instrumental in the creation and implementation of the boutique point-to-point sales held at Cheltenham Racecourse. So successful was this innovation that it led to Brightwells being aquired by Tattersalls in October 2015.

Molly has worked in the racing industry since leaving school. She rode both as an amateur and apprentice jockey, spent time as a trackwork rider in Australia, and enjoyed three seasons working for Emma Lavelle. She joined ThoroughBid in September after graduating from the BHA Development Programme and completing a placement at The TBA in Newmarket. 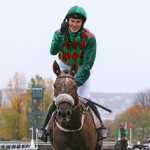 James has joined ThoroughBid as our French National Hunt Consignment Agent, a country he knows well having been stationed there for the past 15 years. In 2016 he won the Jump Jockey’s championship for the first time landing the Cravache d’Or, that same year he was victorious in the Grand Steeple-Chase de Paris for the first time before going on to win the prize for three consecutive years. Then in 2021 he won the title for a second time, riding over 100 winners in the process. 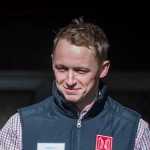 A graduate of Agricultural Science from University College Dublin Tarlach brings a wealth of international experience. Beginning his career in the thoroughbred industry riding out for Tony Mullins he went on to work at Paca Paca Farm in Japan, Dromoland Farm in the USA and most recently Australia where he spent time with legendary trainer Gai Waterhouse before joining the Bloodstock Team at Newgate Farm, one of the leading studs in the Southern Hemisphere. After 6 years abroad he returned to Ireland in 2021 to begin his own bloodstock and racehorse spelling business in the heart of Kildare. 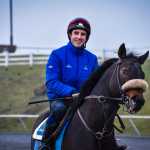 John has been involved in horses from a very young age. A background in show jumping and hunting John then progressed into racing from the age of 12. A brief stint as an amateur jockey was followed by a four year degree in Animal Science at University College Dublin. After graduation John went on to complete the Irish National Stud Course followed by a place on the prestigious Godolphin Flying Start program. After graduating in 2020 John took up his current role as the Racing & Bloodstock Director of Syndicates.Racing which has a portfolio of flat and national hunt horses spread across the best trainers in Ireland, England and France. John is a work rider for Jack Davison, has a small stud farm at home and does some agency work also