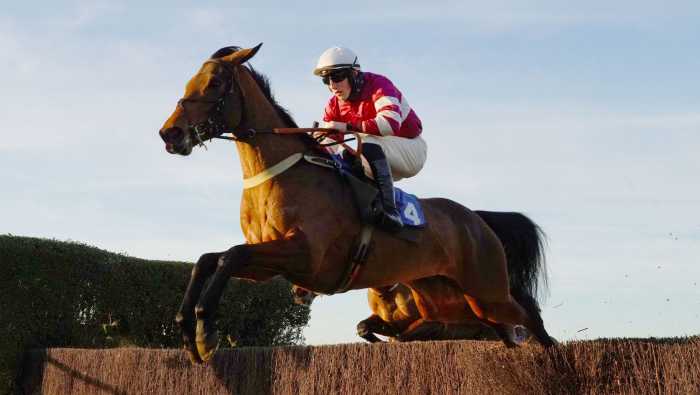 “We were delighted with the final bid of £80,000 for Maskada. We’ve got a couple of up-and-coming Masked Marvel offspring that we need to make space for, so for Maskada to go to her new connections for a nice price was a good result.

“ThoroughBid was recommended to us by a close associate in the industry and we couldn’t be happier with the service, it was very professional, and I think as a concept it’s great. We’ll definitely use it again.”

The six-year-old daughter of Masked Marvel was purchased by Coolmara Stud, who may still look to take up her entry in the Grand Annual at the Cheltenham Festival before she is shipped to Ireland to be trained by Henry de Bromhead.

Kieran Miraga, of Coolmara Stud, said: “We had our eye on Maskada from the outset and we’re very happy with the final price we managed to get her for. She’s a lovely individual, has some high-class form in the book and is by a good sire in Masked Marvel.

“Obviously she holds an entry in the Grand Annual, so that’s still an option if she gets in. If not, she’ll be coming home to Ireland where she’ll go into training with Henry de Bromhead. Hopefully she’ll settle in well and maybe slot into a good race at the Punchestown festival.

“ThoroughBid came onto our radar when we saw the sale of Belfast Banter back in November, and we’ve been keeping a keen eye on the sales ever since. The bidding process was really smooth and I’m sure we’ll be getting involved again.”

Dan Skelton was also involved in the action on Sunday evening and made a successful ThoroughBid bidding debut, securing Victory Club for £20,000. The five-year-old Soldier Of Fortune gelding was impressive when landing a three mile Point-to-Point at Badbury Rings and now has a chance to win back £15,000 for new connections by landing ThoroughBid’s Point2Rules bonus, an incentive that was claimed by Grandero Bello for the first time just last month. Also vying for the £5,000 bonus will be the £8,000 purchase Its On The Line who was last seen when finishing fourth in a Ballycrystal maiden.

Elsewhere in the sale, All Risk For Love, a mare in foal to Jet Away and a half-sister to live Cheltenham Festival Champion Hurdle contender Teahupoo, sold for £50,000 while Crystal Etoile the dam of two Black Type performers, sold well for £25,000 and looks set to continue her excellent broodmare career for new connections. La Jubanaise a four-time Flat winner in France also sold for £17,000.

James Richardson, CEO of ThoroughBid, said: “It was great to see both old and new connections of Maskada delighted with her final price on Sunday evening, she looks set to continue her fine career under the care of Henry de Bromhead in Ireland, but before then a tilt at the Grand Annual at the Cheltenham Festival could still be on the cards.

“I’m sure it will be difficult for Michael Kehoe and the rest of the operation to bid her farewell, but I know they are very happy with the price they got and have some nice young stock by the same sire coming through.

“It’s a very exciting prospect that we will hopefully see her at the Cheltenham Festival just over a week after going under our online hammer. The flexibility of ThoroughBid means we could sell another Cheltenham Festival entrant tomorrow if the right horse came along, while we’re also able to facilitate sales from the Point-to-Point circuit at the same time.

“It’s great to have some more Point2Rules Bonus hopefuls vying to claim back some of their purchase price for connections too. Dan Skelton knows how to turn out these young horses from the Point-to-Point field into rules winners and we wish them all the best in their efforts to claim the bonus.”

ThoroughBid’s next sale is confirmed for Sunday 27th March.