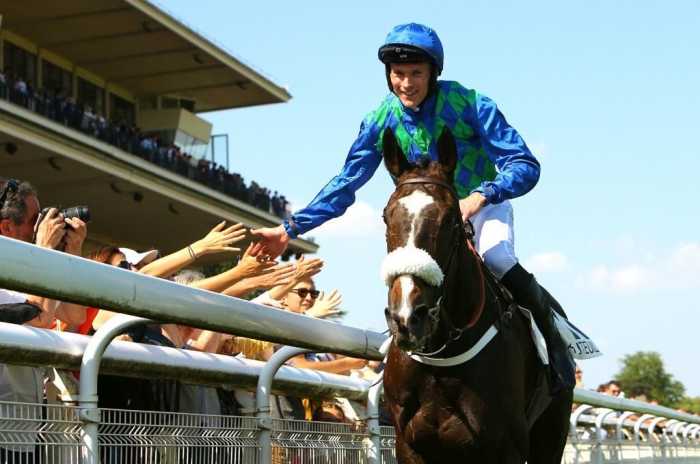 It’s long been fashionable, ever since Martin Pipe started doing so, to buy French bred horses and bring them over to the UK and Ireland to race. There are obviously quite a few reasons for this, but as we see an even greater upturn in the process, it’s probably a good reason to look at why. Firstly, the French jumpers start their careers a lot earlier, the past month or so the three-year-olds have been getting their first outings on the racetrack while the English and Irish stores won’t even be broken in until their four or five. Even on the point-to-point scene they’re only likely to run in a maiden before being put out to grass for another year after being sold. This gives the French an advantage because they’re ready to go and hardened having had the experience from an earlier age, and some leading owners and trainers such as Rich Ricci and Wille Mullins have tasted a lot of success with this method. On that note, the owners buying French breeds are wanting to purchase the best possible horse regardless of price or returns when coming back to the UK and Ireland to race which is distinctly different to how things are done in France. The French treat this a lot differently. Over here, there aren’t as many big owners and it could be argued it’s a lot more like a business, where breeders and owners are a lot more financially focused, however there are a few that are becoming increasingly reluctant to sell because they want more of that enjoyment factor, and I suppose the prize money over here is a bit of a help!

Sires on the rise and a 3yo for the notebook

I couldn’t talk about my favourite sires without first mentioning Doctor Dino, Cokoriko and Masked Marvel, for me they are the top sires in my book, but one I’ve been really taken with more recently is Bathyrhon. He seems to be producing some really nice talent the last couple of years. Another to look out for is The Grey Gatsby, whose stock will be on the rise in no time I imagine and will certainly be one to keep an eye on.

As a jockey, I’m quite often asked to recommend horses for new connections and the first thing that’s on my list of things to lookout for is the ability to improve. Like I said earlier, a lot of French horses are run very young, and they are by no means the finished product in their first season and haven’t strengthened up fully to be at their best. This is only because the program for three and four-year-olds is so good over here it must be said, but this does mean that some need more time and will really come into their own given the time. A prime example of this is Gaelic Warrior, who I rode on a few occasions as a three-year-old round Auteuil. He showed plenty of ability in those races, but I always had in the back of my head that he was lacking the strength to be at the top in France that year. I was convinced he’d be the type to progress and be a top-class stayer in the future because he didn’t have the speed and galloped like a stayer, I think in the future we will certainly see him over three miles. He travelled well in the Boodles at the Cheltenham Festival, and I think he put up a bold show considering he jumped out to his right the whole way and lost a lot of ground which would have made the difference between winning and losing.

As the new season progresses over here, I’ll be updating my ThoroughBid blog with the three-year-olds that I think will match the profile of Gaelic Warrior and will be ones to keep a close eye on. One for now though is the four-year-old Il Est Francais, who ran on the Flat a few times last year. I won on him at Auteuil last month and he will be a top-class performer I’ve no doubt. I think the plan is to get a couple more runs into him this spring then take care of him a little and watch him grow.

Even being in France I of course was still glued to the Cheltenham Festival and the main talking point that has come out from that is the Constitution Hill v Honeysuckle debate. Where to start with Constitution Hill? He was seriously impressive, and obviously Honeysuckle is great to watch, and we all cheered her home, but he looked like different class it has to be said. I think he’s entitled to improve for that run so I wouldn’t be surprised to see him knock her off the throne.

Eyes on the Cravache d’Or again

We’re obviously early doors into the new season but I’m very happy to be sitting at the top of the Jockeys Championship, I’d be lying if I said another Championship wasn’t the aim of the season, but I’ve just got to keep focused and carry on doing what I’m doing and hopefully it’ll come good.